On December 8, 2017, the European Commission found that International Skating Union’s (“ISU”) rules imposing penalties on athletes, who participate in speed skating competitions that have not been authorised by the ISU, are in breach of antitrust law. 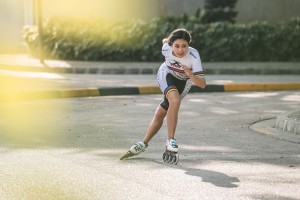 The ISU is the sole body recognised by the International Olympic Committee to administer the sports of figure skating and speed skating on ice. Its members are national ice skating associations. The ISU and its members organise and generate revenues from speed skating competitions, including from major international competitions such as the Winter Olympic Games, World and European championships.

The Commission’s investigation found that:

(i)         the ISU’s rules restrict the commercial freedom of athletes who are prevented from participating in independent skating events and from offering their services to organisers of competing skating events;

(ii)        the ISU’s rules prevent independent organisers from putting together their own speed skating competitions because they are unable to attract top athletes;

(iii)       under the ISU eligibility rules speed skaters participating in competitions that have not been approved by the ISU face severe penalties up to a lifetime ban from all major international speed skating events;

(iv)       the ISU can impose these penalties at its own discretion, even if the independent competitions pose no risk to legitimate sports objectives, such as the protection of the integrity and proper conduct of sport, or the health and safety of athletes.

In light of the above, the Commission held that the ISU’s rules restrict competition in breach of Article 101 TFEU and enable it to pursue its own commercial interests to the detriment of athletes and organisers of competing events.

While the Commission did not consider it necessary or appropriate to impose a fine, the ISU has to modify its rules and open up new opportunities for athletes and competing organisers. If the ISU fails to comply with the Commission’s decision, it would be liable for non-compliance payments of up to 5% of its average daily worldwide turnover.

The EU Commission sends statement of objections to BMW, Daimler and VW for restricting competition on emission cleaning technology