THE CATALAN COMPETITION AUTHORITY (ACCO) HAS IMPOSED A FINE OF 950,000 EUROS TO FOUR SUCCESSFUL BIDDERS IN THE AREA OF REHABILITATION SERVICES 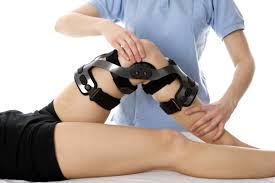 According to research conducted by ACCO, it has been concluded that after the public tender called by CatSalut in 2012, the companies reached an agreement to share the market and prevent the entry of competitors through the creation of a joint venture; not being this creation “a natural market behavior”. This conduct is prohibited by Article 1 LDC and constitutes an infringement that may be qualified as “very serious”.

As a result of these agreements, the bill paid by CatSalud was higher and the discounts offered were lower than those offered in the rest of bids. Specifically, while the rest of Catalonia offers bidding companies were up to 13% lower than the base price competition; in the four batches investigated the discount was 7%.

Now we will have to wait to see if third parties appeal the award on the basis of its invalidity or if CatSalud acts on its own initiative, since accredited irregularities could lead to such invalidity.

More information about ACCO activity may be found on its website: http://acco.gencat.cat/ca/