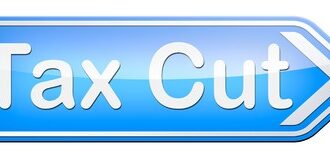 On 21 October, the Commission announced its decisions whereby Luxembourg and Netherlands are found to have violated EU state aid rules, as they granted selective tax advantages to Fiat Finance and Trade and Starbucks respectively by issuing tax rulings artificially lowering the tax paid by the companies. These decisions followed in-depth investigations that were opened by the Commission in June 2014.

Tax rulings, which are comfort letters issued by tax authorities providing a company with details on how its corporate tax will be calculated or on the use of special tax provisions, do not generally spur competition concerns. The rulings at stake in the present case were, however, considered as not reflecting the economic reality, but rather as endorsing ‘artificial and complex methods to establish taxable profits for companies’, which resulted in giving the companies an unfair competitive advantage.

Regarding the tax ruling issued by the Luxembourg tax authority in 2012, the Commission claimed that it gave a selective advantage to Fiat Finance and Trade, a Luxembourg company providing financial services to other Fiat group car companies. In line with Commission’s findings, the ruling resulted in unduly reducing the tax burden of Fiat Finance and Trade by €20 – 30 million since 2012. It was further claimed that the activities of the company at stake are corresponding to those of a bank, hence in order to establish the taxable profits the Luxembourg tax authority could resort to methods similar to those that are used for a bank, instead of introducing an ‘artificial and extremely complex methodology’. The Commission specified that the applied methodology artificially decreased taxes paid by the company in a twofold manner. First, ‘economically unjustifiable assumptions and down-ward adjustments’ rendered the capital base used for tax purposes much lower than the actual capital of Fiat Finance and Trade; second, the estimated remuneration applied to the previously established capital was lower than market rates.

The Commission’s investigation demonstrated, additionally, that the tax burden of Starbucks Manufacturing EMEA BV, a coffee roasting company based in the Netherlands, was unduly reduced by €20 – 30 million as a result of the tax ruling issued by the Dutch authority in 2008. The ruling lowered taxes in an artificial way on account of the fact that Starbucks Manufacturing paid to Alki, another company in the Satrbucks group, a very high royalty for coffee-roasting know-how, which does not correspond to the market value and hence is not justified. The Commission also claimed that Starbucks Manufacturing’s tax base was unduly reduced since it paid ‘an inflated price’ for green coffee beans to a Swiss company, Starbucks Coffee Trading SARL.

Consequently, Luxembourg and the Netherlands are required to recover the incompatible state aid, in this case the unpaid tax amounting to €20 – 30 million, from Fiat and Starbucks respectively. The exact amounts are to be determined by the two tax authorities on the basis of the methodology constructed by the Commission in its decisions.