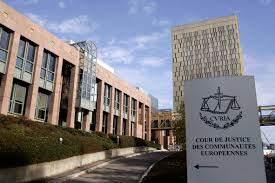 On 16 June 2016, the Court of Justice of the European Union rejected the appeals brought by SKW (C-154/14 P) and Degussa (C-155/14 P) against the General Court’s rulings, which had upheld the decision adopted by the Commission in the calcium carbide cartel. By that decision, the Commission had fined 9 suppliers of calcium carbide and magnesium based reagents over €61 million for price fixing and market sharing cartel.
In their appeals, the two companies relied on different grounds, all of which were dismissed by the ECJ.
The most interesting argument was the one put forward by SKW, who complained that the GC erred in law by holding that the refusal by the Hearing Officer to organize an in camera hearing during the administrative procedure had not infringed their right to be heard.
In fact, during the administrative procedure, SKW had requested an in camera hearing in order to put forward arguments concerning the decisive influenced allegedly exerted on it by its competitor Degussa (which had been in control of SKW for a period of time). In support of that request, it had argued that SKW depended, for its economic survival, on Degussa, since it provided SKW with almost all the calcium carbide which it marketed, and that these two companies were in negotiations about a new supply contract, meaning that putting forward that argument in the presence of Degussa would seriously jeopardize their business relationship. However, the Hearing Officer had rejected the request, and the GC subsequently upheld his decision.
In today’s judgment, the ECJ found that, since Degussa was not the subject of the Commission proceedings in respect to the period for which SKW wished to claim its decisive influence, the Hearing Officer should not have taken into account its rights of defense. Accordingly, the ECJ held that the General Court erred in law and infringed the appellant’s right to be heard, by holding that the Hearing Officer could refuse to hold an in camera hearing on the grounds that such a hearing could have harmed Degussa’s rights of defense.
However, since it held that SKW failed to show that the proceedings against it could have led, in the absence of the irregularity, to a different result, the ECJ rejected that ground of appeal, as well as the other grounds of appeal put forward by SKW.