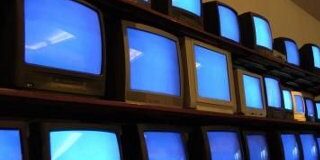 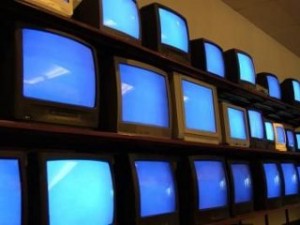 On 9 September the General Court issued the judgments reducing the fines imposed by the Commission in 2012 (Case COMP/39.437) on Panasonic and Toshiba for their involvement in a cartel on the European market for picture tubes for television sets.

Following the leniency application submitted by Chunghwa, the Commission imposed in the contested decision the fine of €1.47 billion on seven international groups of companies that violated Article 101 TFEU and article 53 of the EEA Agreements by taking part, between 1996 and 2006, in either one or two separate cartels in the cathode ray tubes (‘CRTs’) sector. The first cartel related to colour display tubes used for computer monitors (CDTs’), whereas the second one concerned picture tubes for television sets (‘CPTs’). In line with the decision, collusive agreements and concerted practices were performed in order to fix prices, share markets and customers, and to restrict production; the companies furthermore embarked on exchanging commercial information and on monitoring the implementation of anticompetitive agreements.

Out of five applications brought for annulment of the 2012 Commission decision, or alternatively for a reduction of the amount of fine, the General Court rejected in their entirety three of them (T-84/13 Samsung SDI, T-91/13 LG Electronics and T-92/13 Phillips), but decided to uphold certain pleas put forward by Panasonic (T-82/13) and Toshiba (T-104/13), and by MTPD that formed their subsidiary at the time.

With regard to the action initiated by Panasonic and MTPD, the Court concurred with the applicants as far as their arguments pertaining to the proportionality of the fine, and more specifically to the methodology used by the Commission for determining the value of direct sales, are concerned. The companies essentially argued that instead of calculating them as the average of the value of direct EEA sales multiplied by the number of CPTs concerned, the Commission should employ the more accurate methodology proposed by the applicants, which was based on a weighted average of CPTs taking account of their size and the time period. The Court agreed claiming that the Commission could not have departed from its own guidelines without any justification, and consequently it reduced the fine imposed by Panasonic for its direct participation in the infringement concerning the picture tubes for television sets from €157.5 million to €128.9 million, the fine imposed jointly and severally on Panasonic and MTPD from €7.9 million to €7.5 million, as well as the fine jointly and severally borne by Panasonic, Toshiba and MTPD from €86.7 million to €82.8 million.

Furthermore, the Court revoked the contested decision of the Commission regarding the imposition of more than €28 million on Toshiba for having directly participated in the single and continuous infringement in the period between 16 May 2000 and 31 March 2003. The Court substantiated this part of the ruling by stating that the Commission failed to establish to the necessary legal standard ‘that the applicant was aware or had actually been kept informed of the existence of the overall CPT cartel by its competitors’. The Commission also did not sufficiently prove that Toshiba had intentions ‘to contribute by its own conduct to the common objectives pursued by all the participants in that cartel’, and hence cannot be held liable for this infringement.