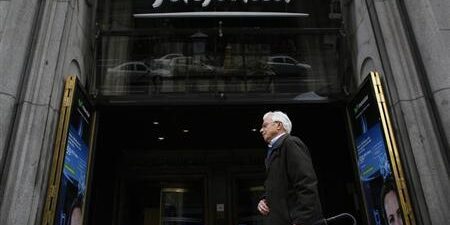 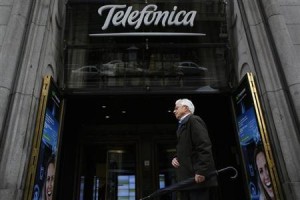 With a judgment rendered on 28 June 2016 (Joint Cases T-208/13 and T-216/13), the General Court dismissed, almost in their entirety, the actions brought by PT and Telefónica against the decision by which the Commission, in 2013, and sanctioned the two incumbent operators in the area of electronic communications for a market-sharing agreement, enacted through a non-compete clause. However, it also held that, for the purposes of calculating the fines imposed on the two companies, the Commission will have to determine once again the sales linked directly or indirectly to the infringement.
In 2010, PT and Telefónica (i.e. the primary telecommunications operators in, respectively, Portugal and Spain, as well as largely present in EU and non-EU countries) concluded a share-purchase agreement with respect to the exclusive control of Vivo (one of the main mobile telecommunications operator in Brazil, until that moment jointly controlled by the two) by Telefónica. In that agreement, they inserted a non-competition clause by which they undertook, “to the extent permitted by law, to refrain from participating or investing, directly or indirectly, through any subsidiary, in any project falling within the telecommunications sector (including fixed telephone and mobile telephone services, internet access services and television services, with the exception of any investment or any activity in progress on the day on which the present agreement is signed) which is liable to be in competition with the other company on the Iberian market”.
In 2011, the Commission initiated a procedure against PT and Telefónica with respect to the abovementioned clause. Following the opening of such procedure, the two companies signed an agreement with a view to removing the clause. By a decision of 2013, the Commission imposed fines on both PT and Telefónica, holding that the clause amounted to a market-sharing agreement with the object of restricting competition in the internal market. In particular, according to the Commission, the non-competition clause was liable to delay integration in the electronic communications sector, by allowing PT and Telefónica to protect their home markets and prevent the entrance of other operators therein.
PT and Telefónica subsequently applied for the annulment of the Commission decision before the General Court. By its ruling, the latter confirmed in essence the unlawfulness of the non-competition clause.
In particular, the General Court found that PT failed to prove that the restriction introduced by the clause at issue was incidental to the option of purchasing its shares held by Telefónica (an option initially provided for and later eliminated from the agreement) and to the resignation of the members of its Management Board appointed by the Spanish company (a resignation provided for in the final version of the agreement). Moreover, the General Court found that Telefónica did not adduce sufficient evidence to support its claim that the clause was imposed by the Portuguese government (or that it was in any event necessary for it to refrain from blocking the agreement relating to the Vivo operation).
With respect to the calculation of the fines, the General Court held that, in the present case, sales of a company corresponding to activities that are not capable of being in competition with the other company over the period of application of the clause must be excluded for the purposes of calculating the fine, since those activities were excluded from the scope of the clause by virtue of its actual wording. It then found that the Commission should have examined the arguments put forward by the two companies seeking to establish that there was no possibility of competition between them with regard to certain services. This was necessary in order to determine the value of the sales linked directly or indirectly to the infringement, which constitutes the starting point for the calculation of the basic amount of the fines. Therefore, it concluded that the Commission must make a fresh finding with regard to determination of the amount of the fines.