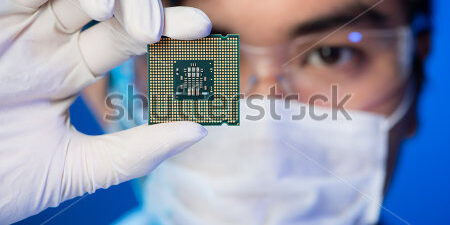 The European Court of Justice (“ECJ”) sets aside the judgment of the General Court, which had upheld the fine of 1.06 billion euros imposed on Intel by the Commission for abuse of a dominant position.  The case is now referred back to the General Court in order for it to examine the arguments put forward by Intel concerning the capacity of the rebates at issue to restrict competition.

More precisely, Intel was fined €1.06 billion by the European Commission in 2009 for abusing its dominant position in the computer processor market. In particular, the Commission found that Intel had committed a single and continuous infringement of Article 102 TFEU through: (i)  conditional rebates and (ii) ‘naked restrictions’, intended to exclude the rival Advanced Micro Devices (“AMD”) from the market for x86 CPUs. The first type of conduct consisted in the grant of rebates to four PC makers (Dell, Hewlett-Packard Co, NEC and Lenovo) (the “OEMs”), which were conditioned on these OEMs purchasing all or almost all of their x86 CPUs from Intel. The second type of conduct consisted in making payments to OEMs so that they would delay, cancel or restrict the marketing of certain products equipped with AMD CPUs.

In 2014, the EU’s General Court rejected Intel’s appeal, stating inter alia that the Commission had established, to the requisite legal standard and on the basis of an analysis of the circumstances of the case, that the exclusivity rebates and payments that Intel granted to Dell, HP, NEC, Lenovo and MSH were capable of restricting competition. As regards the allegation that the Commission did not establish its territorial jurisdiction, the General Court considered that in order to justify the Commission’s jurisdiction under public international law, it was sufficient to establish either the qualified effects of the practice in the European Union or that it was implemented in the European Union and it then held  that Intel’s conduct was capable of having substantial, immediate and foreseeable effects within the European Economic Area (“EEA”). Moreover, the Commission’s jurisdiction was also justified on account of the implementation of the conduct in question in the territory of the European Union and the EEA.

Today, the ECJ upholds the General Court’s arguments with respect to the Commission’s jurisdiction, by holding that the General Court did not err in considering that Intel’s conduct was capable of producing an immediate effect in the EEA.

However, the ECJ upholds Intel’s first ground of appeal alleging that the General Court erred in law by failing to examine the rebates at issue in the light of all the relevant circumstances and without assessing the likelihood of that conduct to restrict competition. Firstly, the ECJ confirms the general rule that an undertaking in a dominant position that ties purchasers – even if it does so at their request – by an obligation or promise on their part to obtain all or most of their requirements exclusively from that undertaking abuses its dominant position within the meaning of Article 102 TFEU, whether the obligation is stipulated without further qualification or whether it is undertaken in consideration of the grant of a rebate. The same applies if the undertaking in question, without tying the purchasers by a formal obligation, applies a system of loyalty rebates, namely discounts conditional on the customer’s obtaining all or most of its requirements from the undertaking in a dominant position.

However, “in the case where the undertaking concerned submits, during the administrative procedure, on the basis of supporting evidence, that its conduct was not capable of restricting competition and, in particular, of producing the alleged foreclosure effects”, the case law needs to be clarified. In such circumstances, “the Commission is not only required to analyse, first, the extent of the undertaking’s dominant position on the relevant market and, secondly, the share of the market covered by the challenged practice, as well as the conditions and arrangements for granting the rebates in question, their duration and their amount; it is also acquired to assess the possible existence of a strategy aiming to exclude competitors that are at least as efficient as the dominant undertaking from the market”. Therefore, it is important an assessment of all the relevant circumstances and the as efficient competitor test (“AEC test”) has to be applied. Moreover, “the analysis of the capacity to foreclose is also relevant in assessing whether a system of rebates which, in principle, falls within the scope of the prohibition laid down in Article 102 TFEU, may be objectively justified” (see, §§ 139-140).

In the Intel’s case, the AEC test played an important role in the Commission’s assessment of whether the rebate scheme at issue was capable of having foreclosure effects on as efficient competitors. Therefore, the General Court was required to examine all of Intel’s arguments concerning that test. On the contrary, the General Court attached no importance to the AEC test carried out by the Commission and, accordingly, it did not address Intel’s criticisms. As a result, the General Court’s judgment is set aside and the case is referred back to the lower court to re-examine the original decision.