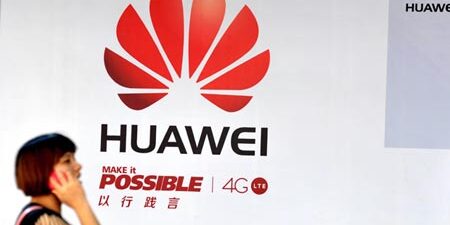 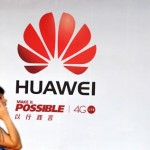 On 16 July 2015, the European Court of Justice addressed the request for a preliminary ruling submitted by the District Court of Dűsseldorf with regard to the Huawei v ZTE case .

The referring Court had raised the question whether an action for infringement brought by a FRAND-encumbered SEP holder against an undertaking which manufactures products in accordance with that standard constitutes an abuse of a dominant position.

The ECJ’s judgment had been long awaited as it was expected to strike a balance among two different approaches.

The first approach was established by the German courts and it was rather favourable to the patent owners.

Specifically, in the Orange-Book-Standard case the Bundesgerichtshof stated that to avoid an injunction by a FRAND-encumbered SEP holder the licence seeker should make an unconditional binding offer complying with FRAND terms and should satisfy in advance the obligations ensuing from the future agreement. These criteria were further specified by the German lower courts, which generally set very strict conditions on the licence seeker.

The second approach was the one adopted by the European Commission in April 2014 in its Motorola and Samsung decisions.

It was rather favourable to the potential licensee, setting considerable but “unclear” limits on the SEP holder’s right of access to a tribunal. In particular, at paragraph 278 of its Motorola decision, the Commission states that “the seeking and enforcement of injunctions cannot therefore, in itself, constitute an abuse of a dominant position. The exercise of an exclusive right by its owner may, however, in exceptional circumstances and absent any objective justification involve abusive conduct. The list of exceptional circumstances is not exhaustive”.

In Huawei v ZTE, ECJ has taken one step forward, assembling the mentioned approaches in an original way and mainly confirming the address offered by Advocate General Wathelet in its opinion made public on 14 November 2014.

The Court of Justice has now set up a number of specific obligations bearing upon the parties during the negotiation, explicitly stating that the failure by the SEP holder to comply with these provisions would entail a violation of art. 102 TFEU.

The obligations specifically imposed by the ECJ to the parties are briefly illustrated below with some personal remarks.

1) Before bringing an action against an alleged infringer, the SEP holder must alert the latter of the infringement complained about by designating that SEP and specifying the way in which it has been infringed, “even if the SEP has already been used by the alleged infringer” (§ 60-61).

As pointed out by Advocate General in point 81 of his Opinion, the reason for this obligation is that the high number of patents existing in some hi-tech standards (i.e.: in the smartphone environment) could lead a firm to infringe that patent without being aware of it (§ 62).

2) Once the alleged infringer has expressed “its willingness to conclude a licensing agreement on FRAND terms”, the SEP holder must submit “a written offer for a licence on FRAND terms (…) specifying, in particular, the amount of the royalty and the way in which that royalty is to be calculated” (§ 63).

This is an ambiguous passage of the ruling, as the Court imposes to the proprietor of the patent to present an offer in accordance with FRAND terms, without offering detailed technical criteria to exactly determine terms and rates. It is not clear if this approach is a gap left blank on purpose by the ECJ or if it is a policy-making choice oriented to a “case by case approach”. The latter option is likely to be the most realistic, as defining in depth what has to be meant with “FRAND” could excessively limit the SEP holders’ right to run a business and to lead free negotiations with their counterparties. Not even the European Commission in its “Guidelines on the applicability of Article 101 TFEU to horizontal co-operation agreements” has provided technical guidance with regard to the determination of FRAND terms, limiting itself to define the objective they are supposed to serve (§ 282 ff.).

3) The alleged infringer must respond diligently to that offer, without adopting delaying tactics (§ 65). If the alleged infringer does not accept the offer, it must submit to the SEP holder, “promptly and in writing, a specific counter-offer that corresponds to FRAND terms”. In absence of this counter-offer, the SEP holder’s conduct does not have abusive nature (§ 66).

A question arises while reading this passage: how can the alleged infringer present an offer corresponding to non-discriminatory terms if he does not have access to the eventual licensing agreements signed by the SEP holder with other parties with reference to the patent at issue? If determining FRAND rates proves to be hard for the SEP holder, as observed above, it could turn out to be impossible for the alleged infringer since he has no access to relevant data to this end. An answer to this issue has not been given by the ECJ.

4) If the alleged infringer is using the teachings of the SEP before a licensing agreement has been concluded and its counter-offer is rejected, it must provide financial security (i.e.: bank guarantee, deposit). The calculation of that security must include, inter alia, the number of the past acts of use of the SEP, and the alleged infringer must be able to render an account in respect of those acts of use (§ 67).

5) Where no agreement is reached on the details of the FRAND terms following the counter-offer by the alleged infringer, the parties may, by common agreement, request that the amount of the royalty be determined by an independent third party, by decision without delay (§ 68).

6) The alleged infringer always maintains the right to challenge the validity of the SEP or the essential nature of the patent to the standard in which it is included, independently from the outcome of the negotiation relating to the grant of licenses (§ 69).

The Huawei judgment apparently provides competition authorities and national courts with detailed guidance to strike a fair balance between rights linked to IP, the right of access to a tribunal and the freedom to conduct business. ECJ goes beyond the “case by case” attitude displayed by the Commission in its assessment of SEP holders’ conduct, so enabling decision-making bodies to find a compromise between the protection of intellectual property and the need to ensure the proper functioning of competitive dynamics.

However, some issues have been left voluntarily open by the court.

Firstly, the methodology to determine FRAND rates remains subject to a “case by case” approach. As an increase in litigation is now expected, having no clear calculation parameters could at first lead to heterogeneous decisions by the “independent third party” which is called to determine the amount of the licensing royalties. Anyway, representing the determination of FRAND rates mainly a contractual issue, national courts and arbitrators may be the most appropriate entities to gradually establish the criteria, which otherwise, if imposed by the ECJ, could result in an excessive regulation and could be perceived as an unnecessary limitation by the companies.

Another open question concerns the issue of dominance. Is the owner of a SEP always dominant? In Huawei v ZTE, the ECJ skips the issue because “the questions posed by the referring court relate only to the existence of an abuse” (§ 43).

Previously, in his Opinion to the Court, Advocate General Wathelet incidentally wrote that “the fact that an undertaking owns an SEP does not necessarily mean that it holds a dominant position (…)”, and that the presumption of dominance of the SEP holder should always be rebuttable (§ 57-58). However, since the referring court had posed no question concerning the existence of a dominant position, the Advocate General did not go further with his reasoning.

Not having the ECJ specified, so far, in which measure holding a SEP amounts to a dominant position of its owner, the assessment offered by the European Commission in its Motorola case remains the latest reference on this issue. According to this decision, the mere holding of a SEP does not confer dominance on its own, but “two factors are of particular importance for this assessment: first, the indispensability of the (…) standard on which (…the) SEP reads for manufacturers of standard-compliant products, and, second, the industry lock-in to that standard”.

Since the ECJ was not called to judge upon Motorola and Samsung cases, stakeholders will have to wait to see this matter explicitly solved by the Court.